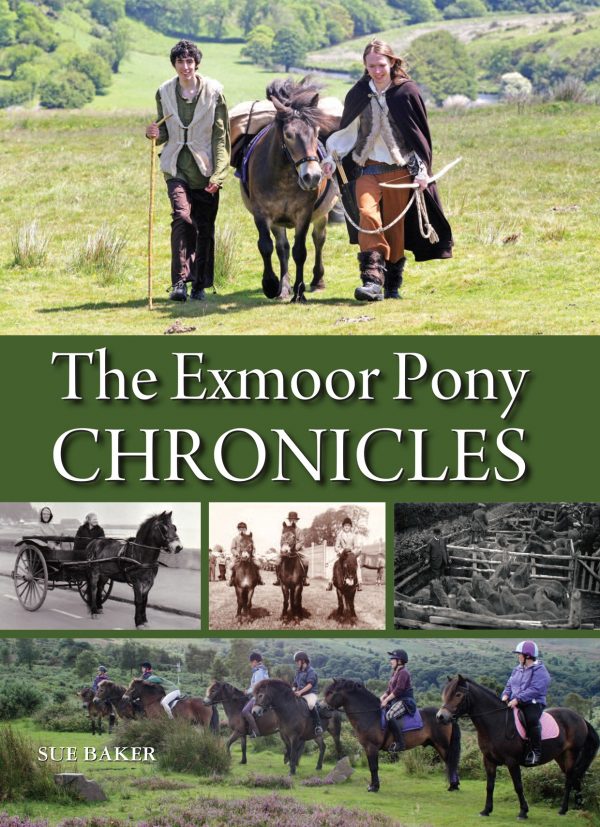 Author Sue Baker has spent over four decades listening to the stories passed down through Exmoor families and searching through long-forgotten documents and photographs. This has resulted in an intimate portrayal of the ponies and the community of people who over the years have ensured their wellbeing.

This book is a miscellany of all things Exmoor pony: from ponies harnessed for warfare; to meetings with a literary legend and a famous cowboy; to stories of Exmoors travelling to the Antipodes; to pony sales from central London to deepest Exmoor; to lyrical poems; to how one Exmoor pony lived with bison; to threats from pony-rustling; to pony sculpting; to tales of ponies being a shepherd’s pillow or transport for the rabbit-catcher.

Within The Exmoor Pony Chronicles are answers to questions such as: Where were Exmoor foals hidden upstairs in a pub? Who crossed an Exmoor pony with a wild ass? Can Exmoor ponies see pixies? And, did soldiers really use Exmoor’s ponies for target practice in WWII? All this and much more can be found in this fascinating and generously illustrated compendium.